Taiwan Semiconductor Manufacturing Co (TSMC, 台積電), the world’s largest contract chipmaker, yesterday said it is to raise employees’ regular wages by an average of 20 percent in an effort to acquire and retain talent.

That would be the biggest hike in regular paychecks in the company’s history, as the fight for technology talent becomes increasingly fierce and talent poaching seems normal.

The last such move came in 2009, when it boosted employees’ regular pay by 15 percent, before scrapping long-term practices of stock bonus distribution for employees in 2010 in response to a major change in accounting rules. Since then, the chipmaker has been paying bonuses in cash. 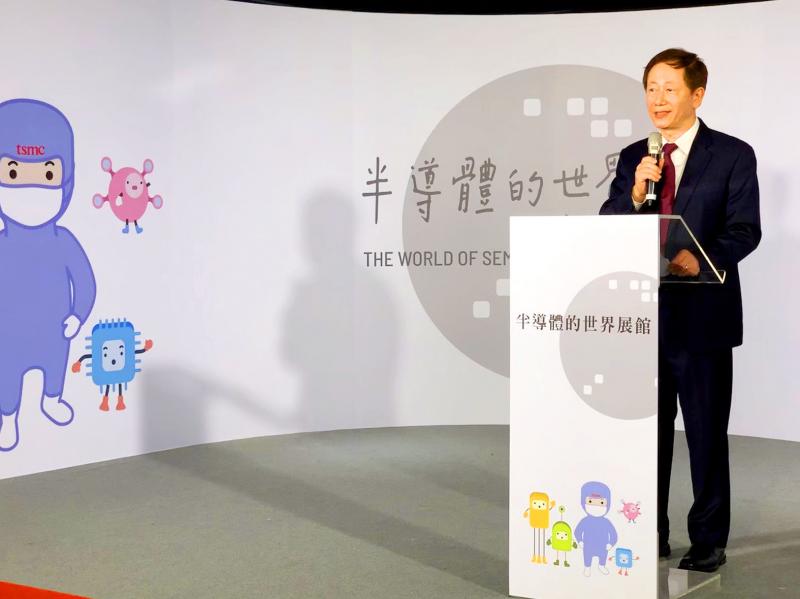 The Hsinchu-based chipmaker said that the latest wage hikes would be accompanied by a slight downward adjustment of its bonus payment ratio, which would result in compensation packages for employes remaining close to their current levels.

The payroll adjustment, to take effect in January, would help the company to recruit young professionals as they tend to favor receiving a higher fixed income, the chipmaker said.

Employees with entry-level positions should benefit more from the wage adjustments, it added.

The company said it is planning to recruit 8,000 workers this year as it is ramping up advanced 5-nanometer technology to cope with robust demand for 5G smartphones and high-performance computing applications.

The average monthly salary in TSMC’s facilities in Taiwan was three times as much as than the minimum wage in Taiwan last year, the report said.

The structural wage adjustment would not affect the annual paycheck adjustments, it said.

The chipmaker has raised the paychecks of Taiwan-based employees at an annual rate of 3 to 5 percent over the past few years, the report said.

Comments will be moderated. Keep comments relevant to the article. Remarks containing abusive and obscene language, personal attacks of any kind or promotion will be removed and the user banned. Final decision will be at the discretion of the Taipei Times.

Post from Community: Connect business consulting in partnership with American

Editor’s note: Posts from the Community is the place for community announcements and event postings. If you have a...

The Morrison government’s eleventh hour commitment to net zero by 2050 is a monumental failure. Critics rightly point out...

Is finance getting ‘woke’ on human rights?