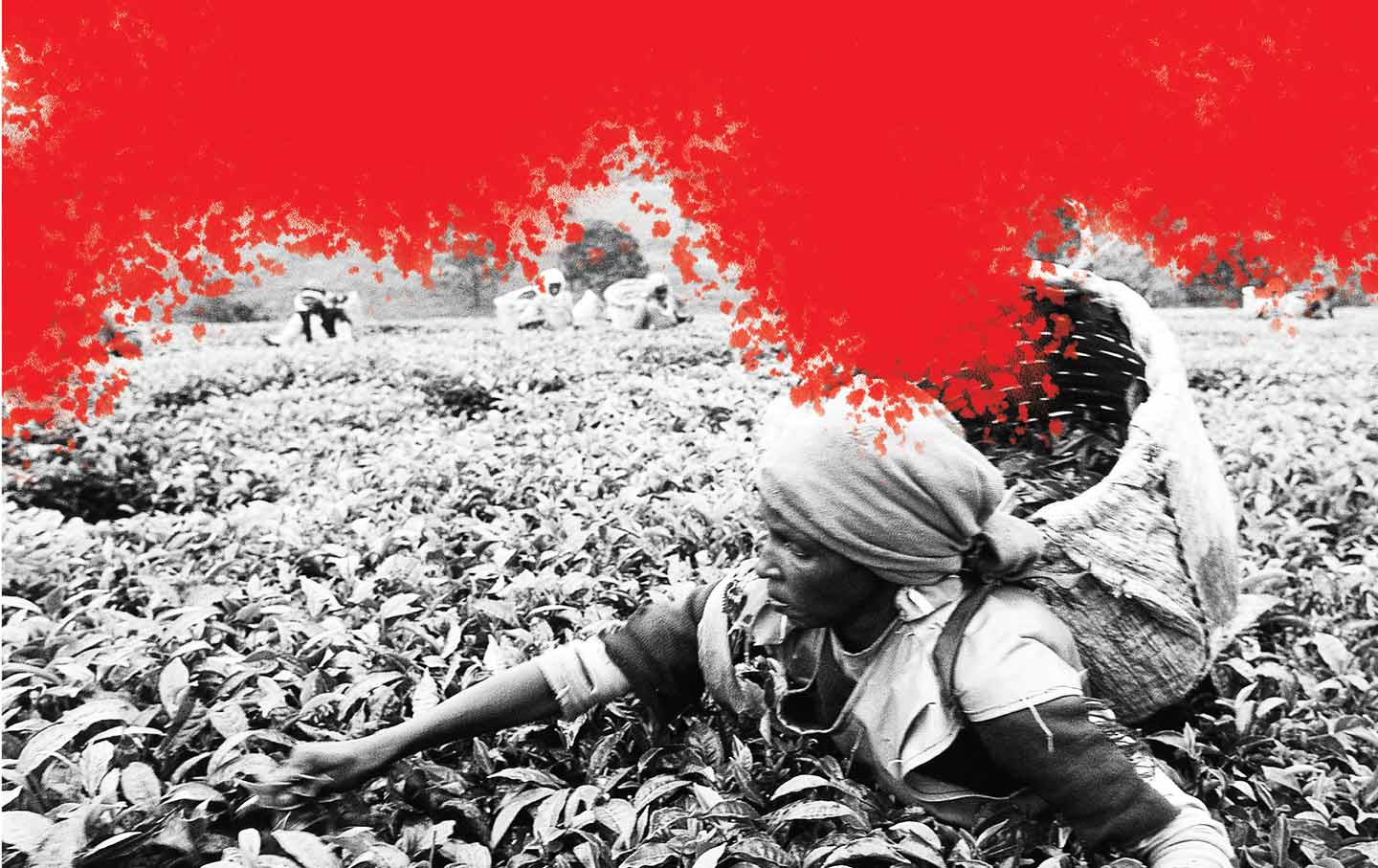 The Nation is reader supported: Chip in $10 or more to help us continue to write about the issues that matter.

The Nation is reader supported: Chip in $10 or more to help us continue to write about the issues that matter.

Did you know you can support The Nation by drinking wine?

At least four men armed with machetes and clubs broke into Anne Johnson’s home. They forced her husband and 11-year-old son into the bedroom and kept Anne and her teenage daughters in a separate room. To this day, she doesn’t know for certain if the men who raped her, her husband, and her daughters were her coworkers. “They spoke the local language,” Anne testified, but “they blindfolded us so we could not see who they were.”1

By 2007, when the attack took place, Anne and her husband, Makori (their names are pseudonyms to protect the family from retaliation), had lived and worked for more than a decade on a Kenyan tea plantation owned by Unilever, the London-based household-goods giant known for such brands as Lipton Tea, Dove, Axe, Knorr, and Magnum ice cream. In December of that year, hundreds of men from the neighboring town of Kericho would beat, maim, rape, and butcher the plantation’s residents during a week of terror.2

The attackers killed at least 11 plantation residents, including Makori, whom they raped and fatally wounded in front of his son, and one of the Johnsons’ daughters. They looted and burned thousands of homes and injured and sexually assaulted an unknown number of people, who were targeted because of their ethnic identity and presumed political affiliation.3

A contested presidential election triggered the violence. The candidate favored by Kericho’s local population—and openly backed by many Unilever managers—lost to the politician perceived to have support from minority tribes. The massacre was not confined to the plantation or to Kericho. More than 1,300 people died in postelection violence across Kenya.4

Unilever said the attacks on its plantation were unexpected and therefore that it should not be held liable. But witnesses and former Unilever managers say the company’s own staff incited and participated in the attacks. They made these allegations in 2016 in written testimony after the case was submitted to a court in London. Anne and 217 other survivors wanted Unilever Kenya and its corporate parent in the United Kingdom to pay reparations. Among the claimants were 56 women who were raped and the family members of seven people who were killed.5

In hundreds of pages of witness testimony and other court records and in interviews I conducted with Anne and another woman, the survivors describe how, in the run-up to the election, their colleagues threatened to attack them if the “wrong” candidate won. When they reported these comments, their managers dismissed their concerns, issued veiled threats, or made derogatory remarks of their own.6

Former managers from Unilever Kenya admitted to the court that the company’s top management, including then–managing director Richard Fairburn, discussed the possibility of election violence in several meetings but only ramped up the security for its senior personnel, factories, and equipment.7

Cirtek to procure COVID-19 vaccines for over 1,900 employees

FREEPIK.COM LISTED Cirtek Holdings Philippines Corp. said on Thursday that it is looking to buy vaccines for 1,979 employees...

Executives who made poor career decisions can get back on track

Can previously successful executives who have damaged their resumes by job-hopping get their careers back on track? Yes, if...

Ready or not, the era of corporate political responsibility is upon us

The politics of racial justice have become red hot, and major corporations are finding it hard not to get...

Conservatives embrace their own form of ‘wokeness’ – Press Enterprise

SACRAMENTO – This week’s column set out to highlight the expected Democratic attack on free speech and free enterprise....

The Legend of Billy Hayes Lives on through Hemp, Inc.’s CBG Pre-Rolls OTC